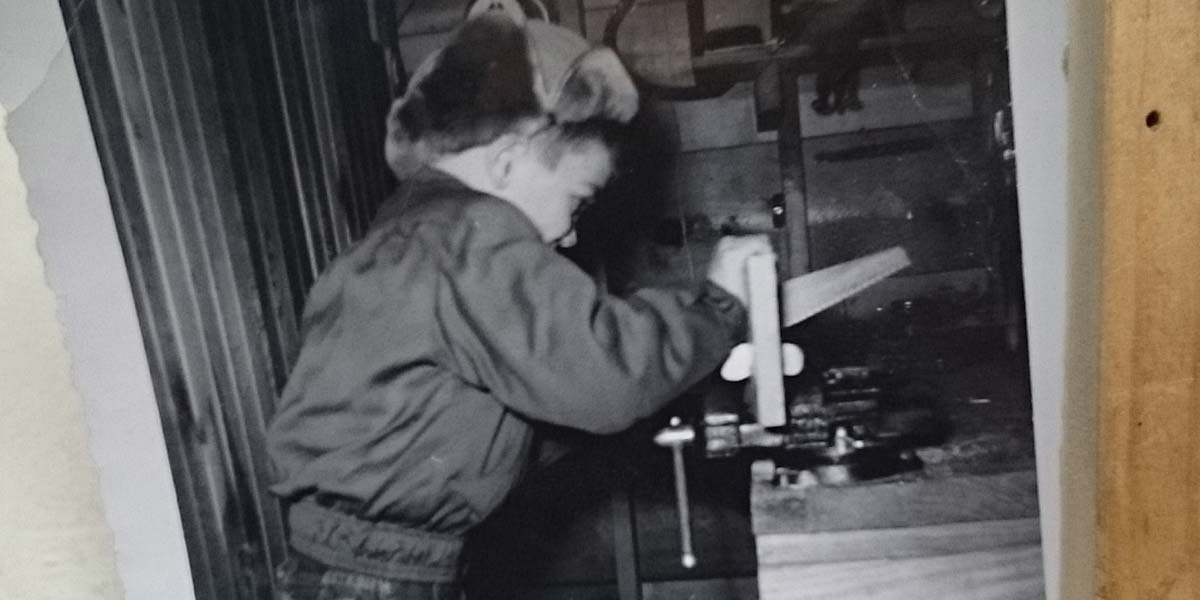 Memories of the late 1970’s are rolling into my mind.

Forty years ago Evelyn and I arrived back in northern California after two years in Germany, where I had taught English in a German secondary school while she studied textiles nearby. We had plans for further education and figured we would go to school part time, finding some way to pay the bills. We were back home where we had first met, confident that things would work out.

We were in our mid-twenties and full of energy; we were without jobs and had almost no savings, but we considered ourselves lucky. I remember a Friday night, when we were too broke to go out on a real date but managed to finance the ingredients for chocolate chip cookies, and we had a good time making cookies. If we had had a little more money, we might have eaten at the Fong Garden, in Oakland’s Chinatown. We used to be able to get out of there for $10 total, including tip.

We found an apartment in Oakland that needed paint and repairs and undertook to do the work ourselves, with the landlord paying for materials. That was a common arrangement in those days, although I don’t think it usually worked out well. Yet it worked out for us: we did well enough to impress the landlord, and he hired us to help maintain and manage a number of properties he owned on that block. That turned out to be an important relationship for us, our principal means of support for a number of years, and it gave me an introduction to working with my hands.

There was something in the air in those days about doing things for yourself. We had vague ideas of moving to the country and doing subsistence farming or something, and it was important to know how to use tools. I had spent my adult life to that point as either a student or a teacher, but now I concentrated on learning how to use a variety of tools to fix everything from our Volkswagen bus to plaster and pipes. Evelyn, who had already rebuilt a Volkswagen engine or two, was as ready for this challenge as I was, and we formed habits of doing projects together that have endured.

The best part for me, though, had to do with wood. I learned a little about carpentry from the repair end, and I traded a weekend tile job for an old Craftsman table saw, which became the heart of a basement workshop I set up in our furnace room. I used to lie awake at night, figuring out the best way to squeeze a workbench into the space available. Things were cramped: I had to open the outside door to rip anything on the saw. I took a couple of woodworking classes at San Francisco State and scrounged scraps, tools and know-how wherever I could; and so I started making furniture, something that I’d been known to do off and on but that now became a serious avocation.

I had always liked to make things. I remember how excited I was to get my first saw for Christmas, at age five, shown in action below.